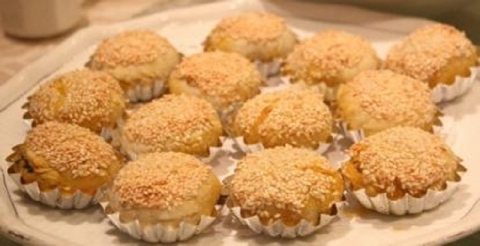 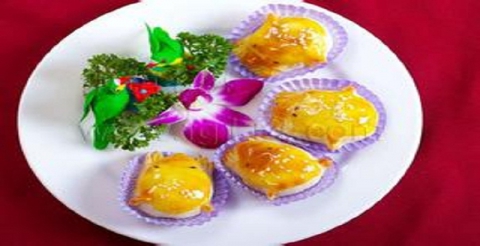 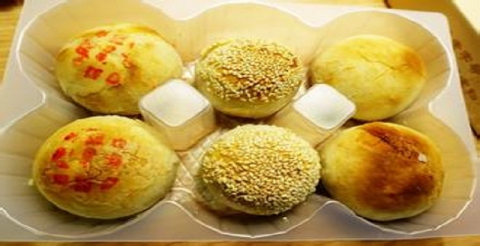 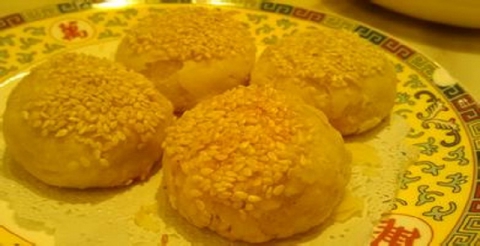 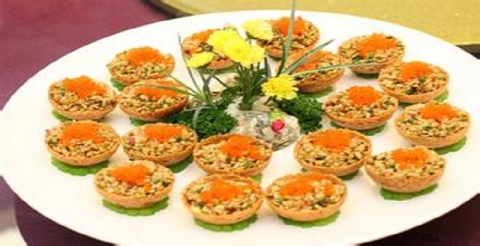 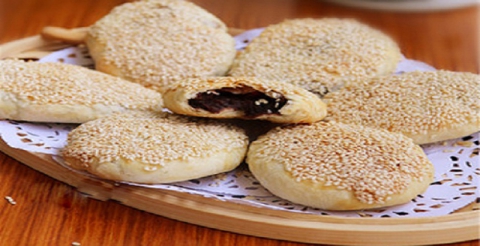 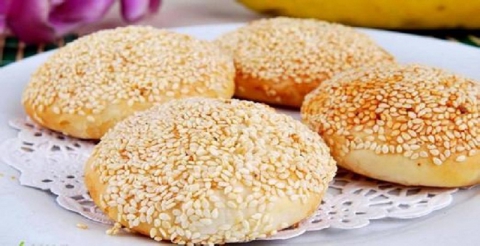 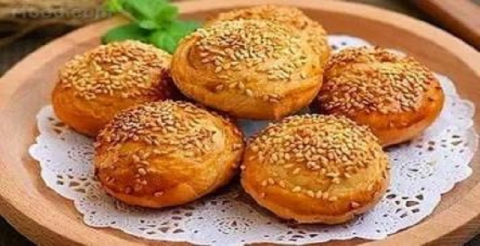 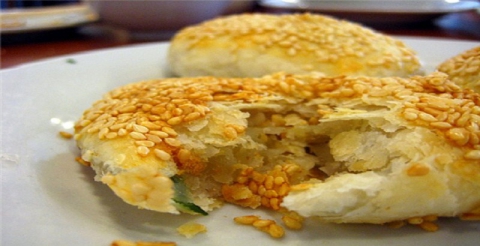 Crab shell pie founded in the early 1920s.It is one of the two refreshments that was frequently ordered in the tea house of old times.All of Shanghai's early tea houses,almost equipped with a vertical dryer and a flat-bottomed fryer.They sale two snacks while making it.One is crab shell pie,another is pan-fried bun.The crab shell pie is crisp and the pan-fried bun is fresh and tender,the two snacks was deeply loved by customers and became the necessary breakfast food for Shanghai people of that period.

The newly finished crab shell pie has a strong fragrance.If you eat it,it is crisp and brittle,you will feel full of fragrance,lead you to endless aftertastes.The poetry you will smell the aroma before you see the sale store,and when you eat it,the crisp pastry will fall down,appropriately described its characteristics.It use pastry flour and yeast flour to make oblate pie.Then sprinkle a layer of sesame on the surface of the pie,put it on the stove wall and bake it.The crisp pastry plus the golden sesame will make you full of praise for it.The most famous stores who sale crab shell pie is Luochunge and Wuyuan restaurant in Shanghai.

The crab shell pie is easy to carry,easy to eat,it has strong resistance to hunger and not easy to deteriorate. It can still crisp as new if it is stored for ten days or so.It is suitable for travel and take it to home. 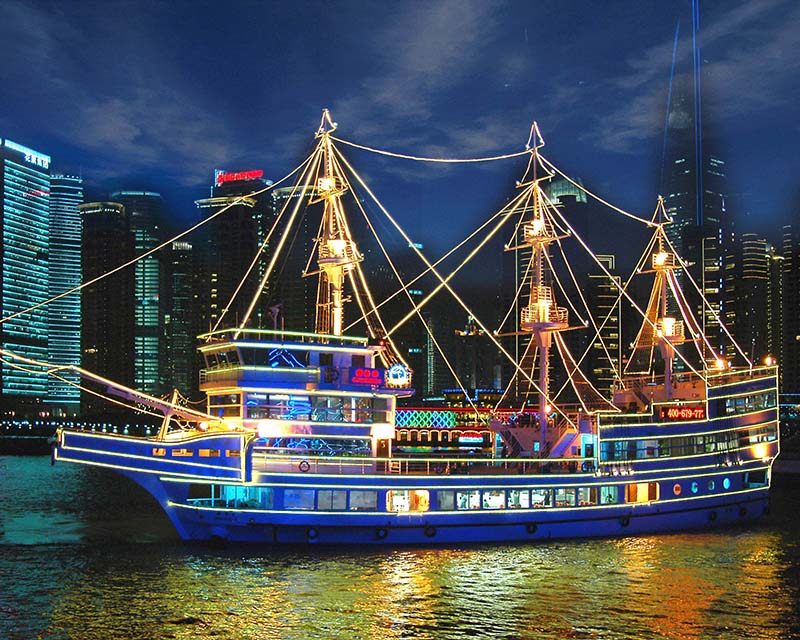 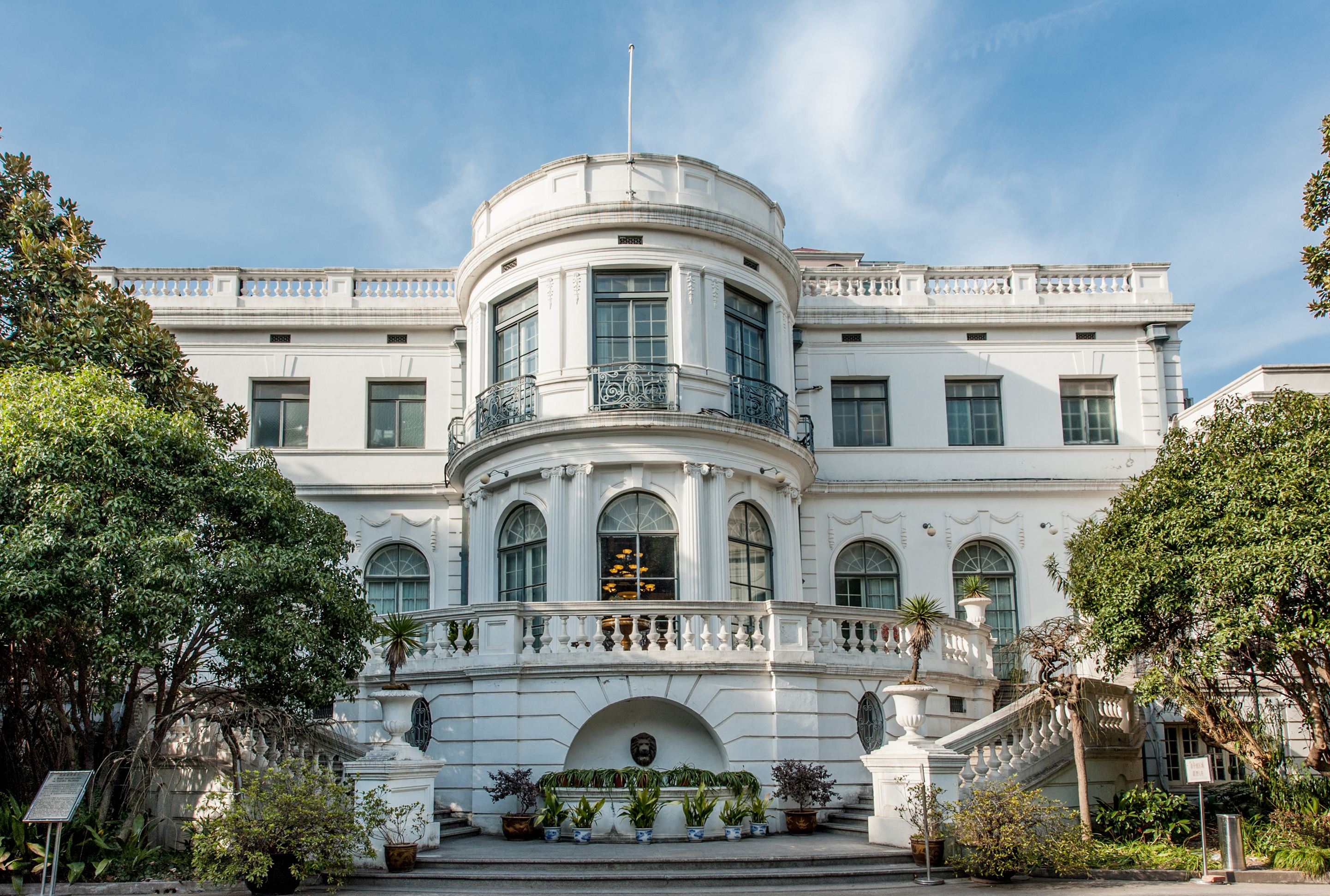 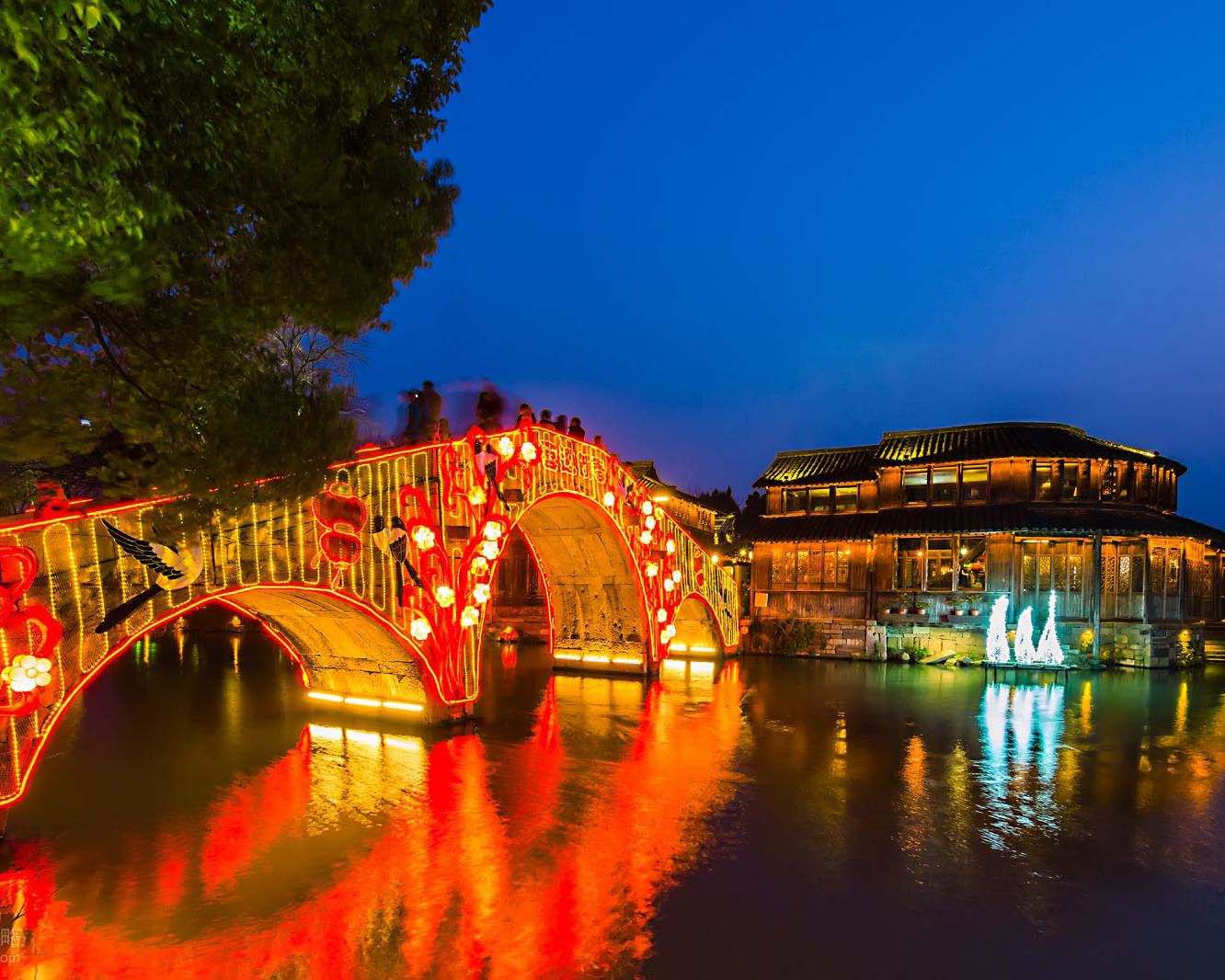